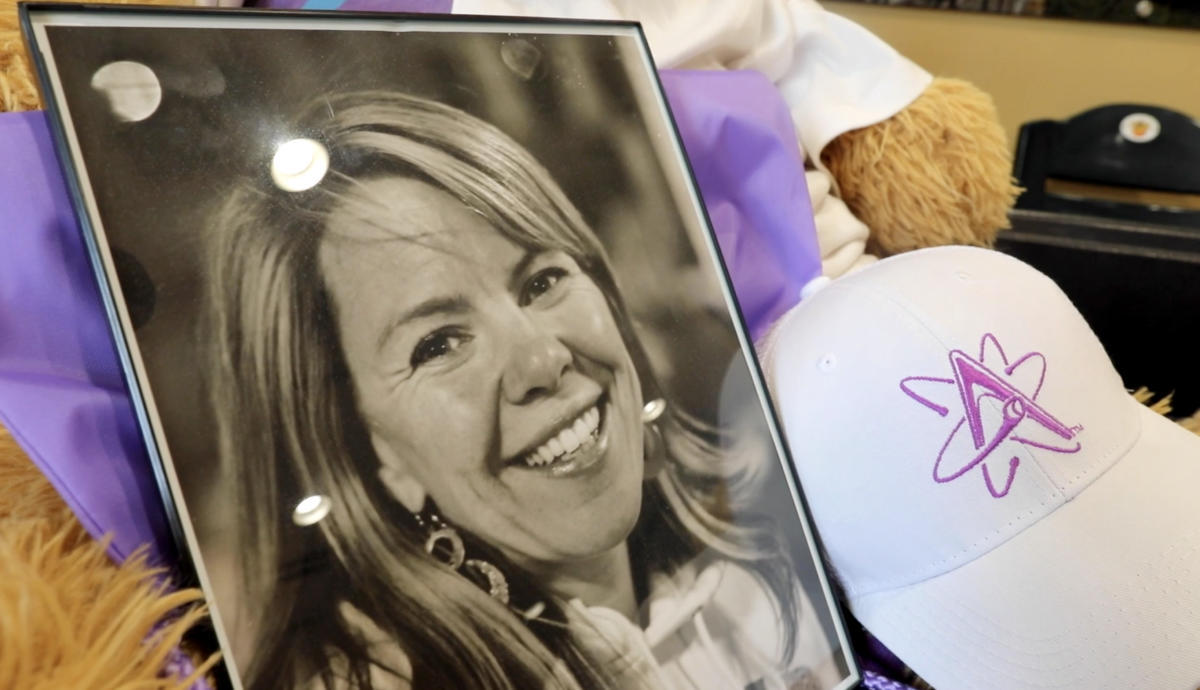 You can read the original article here.

If you see a large pink van with a huge “Be Kind” slogan plastered on the side cruising the streets of Albuquerque with a driver who looks like he’s having a rough day, give him a break, will ya?

Michael Riordan, who runs the Jennifer Riordan Foundation — an organization aimed at promoting and creating acts of kindness as his wife seemed to do every day before her passing in 2018 — admits it’s hard to live up to the “Kind, loving, caring and sharing” mantra she lived by and made look so easy.

“It’s impossible for me, and I try hard every day,” Michael Riordan admitted with a laugh on Tuesday at Isotopes Park as he and Albuquerque’s Triple-A baseball team are preparing for Friday night’s “Kindness Night” promotion.

“My biggest one — I was just telling the kids on the ride over here — is road rage. I’ve been able to incorporate (kindness) in most of my life, but in that car it’s still a (tough) spot.”

The relationship between the Isotopes and the Riordan family has been close since 2003 when the team played its first game and the family — one very involved and visible in the community — was one of the first Isotopes General Manager John Traub said he remembers meeting.

It has remained so today, and Michael said a night at Isotopes Park was the final “family date” they had before she died.

In 2019, the team and foundation began planning a “Kindness Night” that was put on hold in 2020 when Minor League Baseball was canceled across the country.

Now, at Friday’s Isotopes game against the Oklahoma City Dodgers (game starts at 6:35 p.m. and gates open at 5:30 p.m.) there is an entire night of promotions:

Ultimately, the foundation is hoping to record 1 million acts of kindness by the time the Dec. 18 New Mexico Bowl airs on the ESPN Family of Networks — an endeavor that includes asking people to log their acts of kindness on their web site (TheJenniferRiordanFoundation.org) or app (mykindnessapp.com). They currently sit at 690,000 acts, and the Isotopes have been one of many community organizations helping in the effort.

“Jennifer Riordan was an extremely important, philanthropic person in our community,” Traub said. “She was a very close friend of the Albuquerque Isotopes, and of so many folks in this community. Her passing has really left an indelible impression on all of us.”

But it’s right and something worth pursuing, as his wife wholeheartedly believed.

“Everyone can’t be perfect, can’t be kind 100% of the time,” he said. “We ask that you do one more kind act per day than you would have done yesterday.

“Jennifer was a hard example to live up to, but we try every day. And we forgive ourselves when we’re not.”

And that includes forgiving ourselves even when we occasionally yell at our fellow motorists on the streets of Albuquerque.